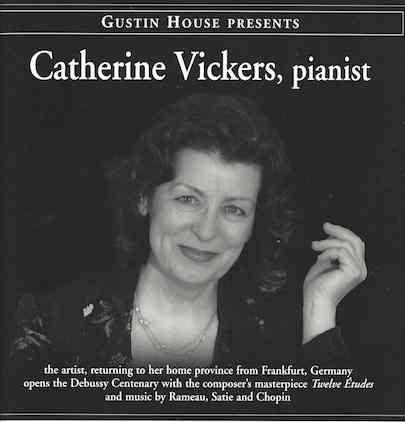 Catherine Vickers’ recital of all-French piano repertoire was a splendid opening to both the 2018 Recital Series and the Centenary of Claude Debussy (1862-1918). With technical prowess and artistic finesse, the artist performed works ranging from the Baroque to the 20th Century, and including some of Debussy’s finest music along with that of composers he loved and admired––Rameau, Satie and Chopin.  The centrepiece of the program was Debussy’s late masterpiece, the very demanding Twelve Etudes. The artist gave a pre-concert talk. Ms. Vickers, a Saskatchewan-born prodigy, had performed across the province before winning accolades on world stages; a champion of modern music now based in Frankfurt, Germany, she teaches and publishes on contemporary piano technique.