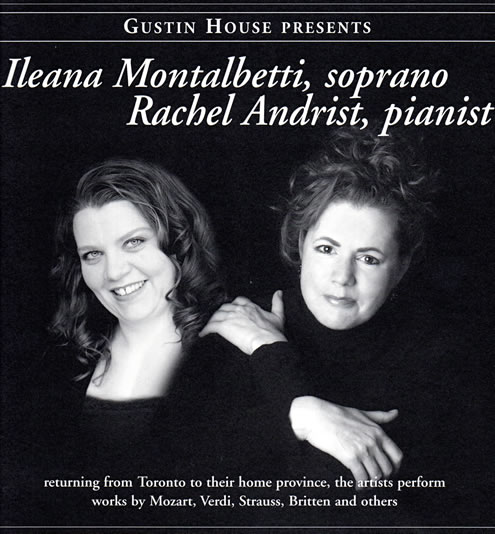 Soprano Ileana Montalbetti and pianist Rachel Andrist, both currently based in Toronto, returned to their home province to give a recital on January 4, 2013. Their performance of a rich repertoire of art songs and opera arias was a dramatic opening to the ninth season of the Lyell Gustin Recital Series! Audience members included friends and family from Regina, Estevan, Winnipeg, and Montreal. The pre-concert chat was given by Barbara Montalbetti, Artistic Director of Saskatoon Opera, who is Ileana’s mother and herself an accomplished singer, voice teacher and cultural leader.

Five Composers of the Lyell Gustin Piano Studios: Musical Tribute to a Mentor.February 10, 2013

To mark the 25th anniversary of the passing of Lyell Gustin, who died February 7, 1988, at the age of 92, a program at Gustin House honoured Dr. Gustin with music composed by five of his graduates. The composers represented were: Lynda Finnimore and Ewen Coxworth, who commented on their works and took part in the performance; Boyd McDonald, whose pieces were introduced and performed by Gregory Schulte; and the late Marguerita Spencer and late Robert Fleming, whose compositions were presented by members of the studios of Marilyn Whitehead and Karen Sterner respectively. Walter Thiessens’s piano studio was also represented in the performances; in addition, Mr. Thiessen read Words of Remembrance about Lyell Gustin as written by Lloyd Rodwell for the funeral service of Dr. Gustin on February 11,1988.

The program celebrated the creativity that the Lyell Gustin Piano Studios inspired, as Gustin graduates throughout their careers have explored artistic expression through voice and instrument. Presented in the Gustin Studios, and with the last grand piano on which Dr. Gustin taught, the performances gave tribute to a great mentor whose influence continues to unfold as a rich legacy spanning past and present and reaching into the future. 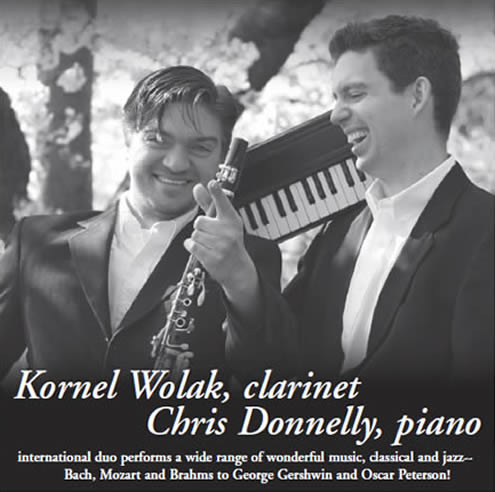 Clarinetist Kornel Wolak and pianist Chris Donnelly gave a virtuosic performance at the March 15 recital, richly rewarding an audience who braved winter snows to be present! The wide-ranging repertoire included music by Bach and Brahms, Mozart and Paganini, Gershwin and Peterson. The Wolak-Donnelly Duo, based in Toronto, appeared on the Lyell Gustin Recital Series as part of an extensive regional tour with Prairie Debut. The pre-concert talk was given by Alyssa Thompson.

A Sunday gathering at Gustin House celebrated spring with Romantic and Russian music and with reflections on visual art. Pianist Christine Vanderkooy, who is on the music faculty of the University of Regina, performed works by Grieg, Brahms, Rachmaninoff, and Shostakovich. Terry Fenton, post-abstract landscape painter and writer on art and artists, spoke on art in the community and displayed several of his works. A group of musicians from Regina joined us for this joyful afternoon! 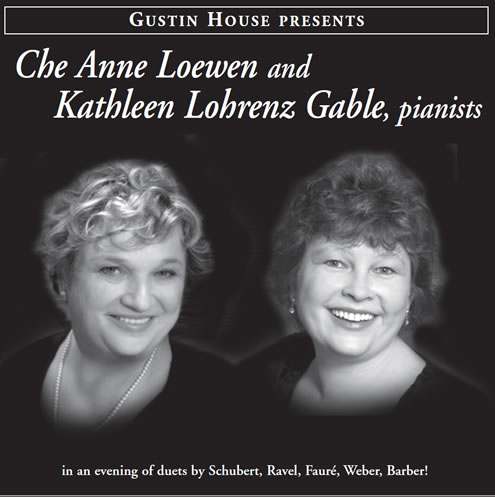 Nature Soundscape: Music, and Words from the Prairie. October 6, 2013

Celebrating autumn and themes of nature, changing light and night, tenor Michael Harris and pianist Gregory Schulte performed works of Mendelssohn, Schubert, Richard Strauss, and others.  Award-winning author Candace Savage read her own writings about the prairie as well as selections from some of her favourite Saskatchewan poets. The afternoon program at Gustin House was dedicated to the memory of our colleague, Gustin graduate Walter Thiessen, who passed away unexpectedly, September 30. Mr. Thiessen was specially remembered in a lied added to the program, Franz Schubert’s beautiful Aller Seelen ruhn in Frieden--“all souls, rest in peace.”

On Sunday afternoon, November 10, pianist Penny Johnson gave a complete performance of J. S. Bach’s Art of Fugue, including her own ending to the final, unfinished movement. The monumental work, a tour de force of fugal writing, is rarely heard in its entirety due to its daunting proportions. Dr. Johnson, who studied in New York at Eastman and Manhattan School of Music, focuses on the music of Bach. She currently teaches at the Regina Conservatory of Performing Arts.